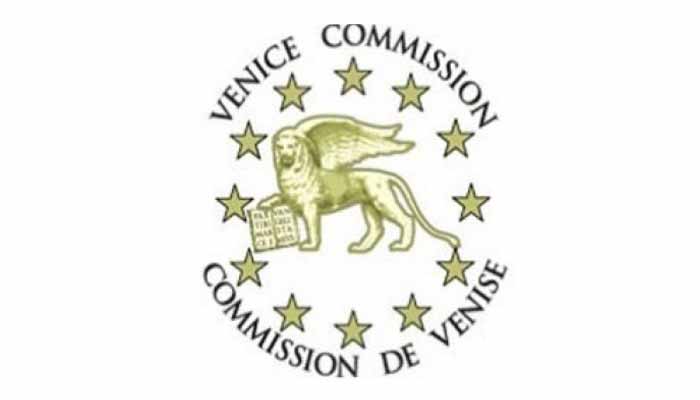 We would like to reaffirm our deep respect for the Venice Commission and our gratitude for its contribution to Georgia's democratic development.

We would like to remind you that Georgia is currently in a deep political crisis, one of the reasons for which is the lack of an independent judiciary in the country.

As you know, on April 1, the Parliament of Georgia adopted amendments to the Law on Common Courts, which also provide for changes in the procedure for the selection of judges of the Supreme Court by the High Council of Justice. Despite the fact that this legislative act is improving the standards of transparency and reasoning of HCOJ decisions, we believe that these procedural amendments cannot change the situation in the judiciary.

We believe that a broad political and public agreement is needed to address the systemic problems of the judiciary on the basis of which measures can be planned and implemented to improve the system.

The judiciary in Georgia has undergone many stages of reform since Georgia gained independence, but unfortunately, a healthy, credible and independent judiciary has not yet been established.

It is widely known that in post-communist countries, the judiciaries are is suffering common problems, including interference by the executive in the judiciary, corruption and lack of accountability, and the lack of a tradition of individual judicial independence;

In the last decade, a new problem has emerged consisting of judicial corporatism and clan based governance, which has resulted in the closure and stagnation of judicial systems and created new tools of political control. Also created new corruption risks.

Until 2012, the judiciary in Georgia was characterized by a low degree of independence. There was an influential group of people in administrative positions in the judiciary whose main function was to exercise political control over judges. The group systematically pressured judges, punished politically disobedient judges and encouraged politically loyal judges. As a result of this policy, a significant proportion of judges perceived themselves as executors, whose function was to provide unconditional obedience to the leadership of the court and to agree in advance on decisions which had to be made.

The main election promise of the Georgian Dream, which came to power in 2012, was to create an independent judiciary. To this end, 4 waves of judicial reform were planned and implemented. They were supposed to lead to the recovery, self-purification and strengthening of the judiciary, although events developed in the opposite direction. In the election of self-government body - High Council of Justice, most of the judges supported the group of people who promised their inviolability and re-appointment. In this way the same influential group of judges who controlled the judiciary during the previous government came to the power. A tripartite deal was reached between this group (referred to by civil society as the clan), the judges, and the Georgian Dream government. Judges have obtained career security and life tenure, Georgian Dream obtained political control over judiciary and the clan obtained power inside judiciary.

Considering the fact that Venice Commission always takes into account the local context when evaluating draft legislation, we would like to list the main problems that characterize the judiciary today:

-        The Georgian judiciary has a low degree of public trust.

-        All the governing bodies of the judiciary are in the hands of one group of individuals, the clan, which has a deal with the political authorities [1].

-        Although the degree of individual freedom of judges far exceeds the status quo prior to 2012, interference with the administration of justice is common when it is in the political interest of the government or corruption interest of the clan.

-        There is no competition between candidates in the self-government elections of judges. All candidates are agreed in advance with the clan and receive the unconditional support from the judges. There is less pluralism within the judiciary.

-        The judiciary is closed (not accessible for outsiders), judges are appointed by secret agreement with the clan and further procedures serve to enforce decisions already made.

-        Individuals whose decisions have been severely criticized by the European Court of Justice, have a bad moral reputation, and whose appointment damages an already low level of trust in the court are often appointed as judges.

-        The system of judicial values ​​is completely degraded. Corporate loyalty and the fulfillment of political orders is encouraged inside judiciary as opposed to the independence or integrity of judges.

-        Despite the refinement of the regulations, mechanisms of judicial accountability are blocked. Everyone who has a good relationship with the clan actually has immunity.

-        Due to the unfavorable situation in the court, the system does not attract principled and qualified staff. For the same reason, new staff enters the judiciary mainly from the judiciary - assistants and court secretaries, which does not help to strengthen individual independence or ensure any mental transition.

-        The closure of the judiciary has created a staffing crisis that has led to a backlog of cases and significant systematic delays in case management.

The above-mentioned problems are facilitated by the lack of political will for the real solution of the problems. We see that from 2016 to date all legislative changes were adopted in the interests of the clan.

The problem with the judiciary was exacerbated by the fact that most judges's 10-year terms expired in 2012-2019, making their careers dependent on the clan, completely ousting anti-clan judges who did not enter into an alliance with the clan.

We believe that one of the main reasons for the failure of judicial reforms implemented after 2012 was that these changes were implemented without proper in-depth study of the judiciary, problem recognition and correct diagnosis.

Based on the above we are asking Venice Commission to take into account following, while discussing the legislation related to the judiciary of Georgia.

-   While assessing the draft amendments, adequately take into account the local context;

-   We urge you to recommend the establishment of a special commission composed of representatives of the government, political parties, international and non-governmental organizations, which will study in depth the current situation in the judiciary and, based on international experience, produce a real plan for in-depth rehabilitation of the judiciary.

[1] The existence of a clan in Georgian courts is also highlighted in international reports, cf. E.g. US Department of State 2020 Report https://www.state.gov/reports/2020-country-reports-on-human-rights-practices/georgia/ A

We shall be happy to meet with you in an online platform to provide you additional clarifications.

group of independent lawyers is a group consisting of justice professionals (lawyers, former judges, legal experts) that aims to improve the Georgian judicial system through public dialogue and advocacy.