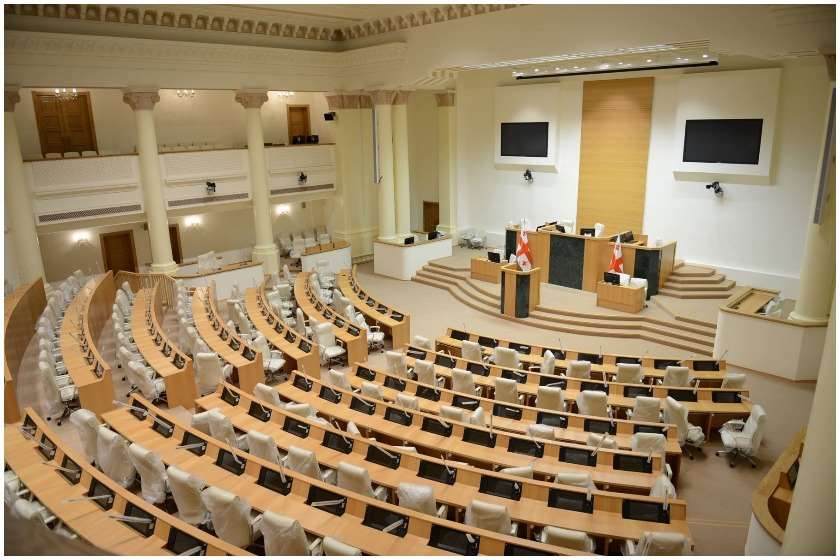 The Parliament of Georgia has already revealed a tendency towards discussing important issues with members of the executive government behind closed doors. This contradicts the principles of openness and transparency in the work of the Parliament. With the practice, the parliamentary majority avoids publicizing shortcomings and challenges that various branches of the executive branch have and that are usually identified as a result of public consultations.

During the week starting from January 18, the following persons were heard at the closed sessions in the Parliament:

Issue: Action Plan 2021 of the Committee;

Issue: Current and future plans of the Ministry;

- Representatives of the Government of Georgia, ministries and other bodies;

Issue: The report on the implementation of the recommendations developed in the framework of the thematic inquiry "Women's participation in state economic programs".

According to the Venice Commission, parliament should not create special procedures or temporary committees to circumvent the usual law-making process and the consideration of bills by the existing standing committees.[1] The same principle should apply to the oversight of parliament and its committees.

However, the impression is created that the committees avoid holding public discussion of the issues on the agenda and public hearings of officials. Monitoring of parliamentary activities revealed that the scrutiny of issues on the agenda of the committees in closed meetings damages the manner of discussing the same issues in the public sittings of relevant committees. There have been several instances where a committee did not enter into an in-depth discussion of a particular issue and did not answer the questions noting that the same issues had already been discussed at a closed working meeting of the committee.

Reviewing the issues on the committee's agenda in closed-door sessions reduces the possibility of holding consultations with civil society and the opposition. The above approach is particularly damaging in a situation where the opposition is only nominally represented in the Parliament of Georgia and examining issues in closed sittings makes it impossible to involve stakeholders and non-parliamentary opposition in the processes.

Closed debates in the Parliament contradict the spirit of the parliamentary activity. The standard of publicity and transparency must be applied to all types of parliamentary sessions, so as not to lose the point of committee discussions.Certainly the issues to be discussed at closed working meetings of the committees should not include state secrets which need to be reviewed within closed meetings. According to Nino Tsilosani, chairwoman of the Agrarian Issues Committee, the sittings were closed only because they were in the working format, yet this is not a sufficient ground for holding closed debates. The Venice Commission notes that committee deliberations may be closed for only a good reason.[2]

“Democracy Index – Georgia” calls on the Parliament of Georgia to adhere to the principles of publicity and transparency in the consideration of issues on the committees' agenda, including to ensure proper consultations and to close debates only in cases directly prescribed by law or for the purpose of protecting classified information.

[1] Venice Commission, On the Relationship Between the Parliamentary Majority and the Opposition in a Democracy, D.4.What role do the permanent committees play in the law-making and in other parliamentary procedures? CDL-AD(2019)015, §91.

[2] Venice Commission, On the Relationship Between the Parliamentary Majority and the Opposition in a Democracy, C.1. Are the Parliamentary Debates Accessible for the General Public and the Press? CDL-AD(2019)015, §65.