The Composition of the Tenth Parliament is not Sufficiently Representative The composition of the 150-member Parliament of the tenth convocation has been already known. The effective performance of the Parliament as a whole is determined by the education, profession, past experience and individual activity of each MP.

The analysis of the data about the members of the tenth Parliament shows that different groups of the society, as well as the areas that have to respond to long-standing or new challenges facing the country, are insufficiently represented in the new Parliament. In particular:

1. There is no professional balance between the members of Parliament. The prevailing number of MPs is lawyers. The Parliament is not sufficiently composed of representatives of important and problematic areas of life, such as the economy, healthcare, and education. Despite the occupation and security issues in the region, representatives from the security sector are practically not present in the Parliament. 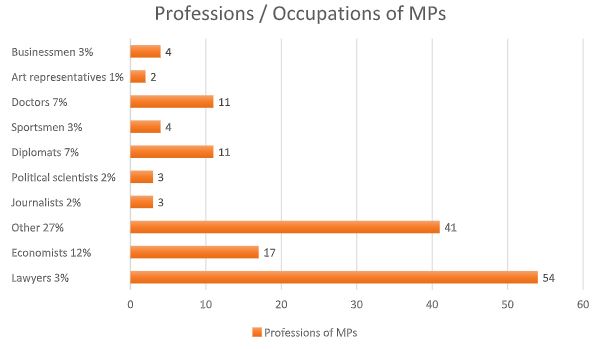 2. Every third Member of Parliament has no experience in public activities. Consequently, their visions and positions concerning the current problems in the country are unknown. Moreover, their experience in pursuing public interests is not proven, unlike their professional activities. This suggests that their party representation may only serve narrow interests. 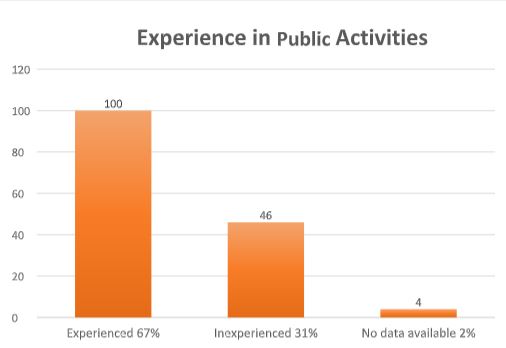 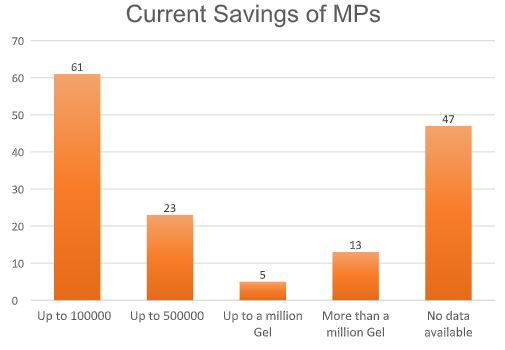 4. Several members of Parliament have experience of working in the Parliament of one or more convocations. There will be a total of sixty such MPs in the new Parliament. Of these, eight MPs have never proposed a legislative initiative; no information is available about two MPs, and twenty-seven MPs initiated fewer than ten bills during their tenure as MPs, unlike other MPs who initiated more than 200 bills. The formerly mentioned members of the Parliament were not either active in exercising their control over the government in the previous parliament. For ensuring the effective performance of the Parliament, each MP must be fully involved in both legislative and oversight activities. 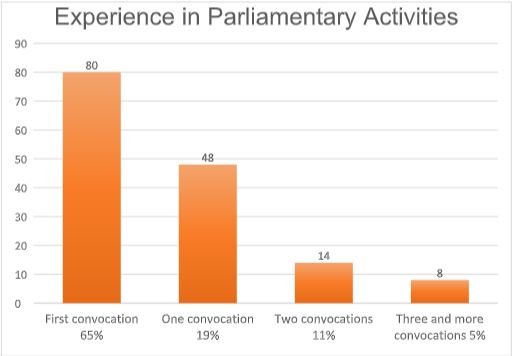 5. The gender balance remains a challenge for the Parliament of the tenth convocation. The political parties have adhered to the legislative requirements only minimally. However, ensuring a mandatory minimum is not sufficient to achieve gender balance and promote the involvement of women in the country's governance. This attitude of the parties well illustrates their skeptical attitude towards the empowerment of women. Compared to the previous Parliament, the situation has slightly improved in this respect, as the number of women in Parliament has increased by several MPs. According to the amendments to the Election Code introducing the gender quota, every fourth MP shall be a woman. Despite this obligation to nominate majoritarian candidates, every fifth instead of every fourth Member of Parliament in the tenth Parliament is a woman - a total of 30 women MPs.

The meager representation of women in the Parliament does not ensure that the gender aspect will be taken into account in the decision-making process on all important issues. 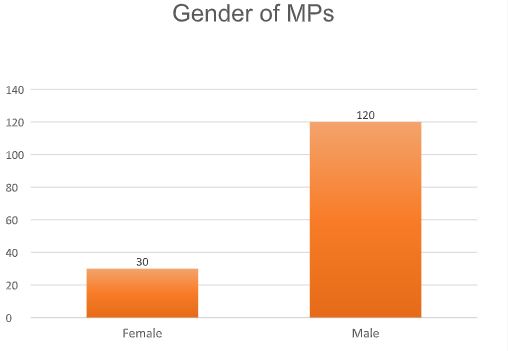 6. The difference between the living standards in the regions and in the capital city of Georgia is huge. Against this background, the majority of the MPs of the tenth convocation live in Tbilisi, which means that most of the members of the Parliament cannot show sensitiveness to the issues present in the regions as they will find it difficult to respond to actual and everyday problems there. 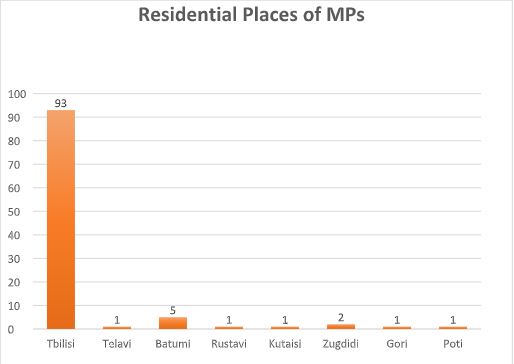 For ensuring that the Parliament has the leading role in the parliamentary republic, it is necessary to develop a party culture in Georgia, namely:

- The political parties are obliged to compile parliamentary lists on a democratic basis- according to the merit, civic and public activism of MPs. At the same time, the party composition offered to the voters must meet the current and new challenges in the country in terms of education, experience and past activities of members of Parliament.

- Politicians should recognize the role of women's rights and gender balance in the work of the Parliament, and should not resort themselves to merely meeting the minimum requirements of the legislation.

- The Parliament of the tenth convocation should elaborate legislative amendments to regulate lobbying activities, as well as to increase the local representation in the Parliament in parallel with the transition to a fully proportional system.