Group of Independent Lawyers Responds to Conference of Judges 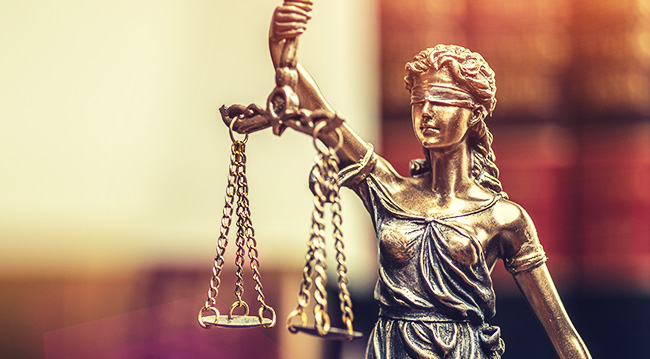 The conference of judges was held on October 31, at which 2 new members of the High Council of Justice were elected.

The conference was held on the second day of the local self-government elections, when all the public attention was focused on this political event. As in previous cases, no information about potential candidates was made public before this conference. The election of members of the Council of Justice by judges at such times and in such a manner has repeatedly been the subject of criticism from the domestic or international community.

This time, the influential group of judges went even further and raised the issue of electing new members in the absence of vacancies for members of the Council of Justice.

The judges again found themselves vulnerable against the will of an influential group, as a result of which two Council members, Tea Leonidze and Tamar Oniani, addressed the conference announcing the early termination of their membership in the Council of Justice. It is important to note that they did not explain the reasons for their decision. The simultaneous resignation of two women from high positions at the same time for an unknown reason on a board where male members have always dominated raises many questions and casts doubt on their genuine will.

The absolute majority of judges in the alternative elections supported the election of Giorgi Goginashvili and Paata Silagadze as members of the Council. Both judges are closely related to the clan.

Giorgi Goginashvili - Known to the public as a judge who has decided the the issue of Nikanor Melia's detention measure in the Court of Appeals, the information about whose connections with influential judges is publicly available.[1] In addition, Giorgi Goginashvili held the position of a member of the Disciplinary Board of Judges until October 5.[2]

Paata Silagadze - well known to the public, as the member of the scandalous list submitted to the Parliament in 2018. He was once a member of the Council of Justice. He withdrew his candidacy from the Council elections in favor of Levan Murusidze. During his tenure as a member of the Board, the Council of Justice conducted investigations into leaked exam tests. The results of both this investigation and the investigation are still unknown to the public. In addition, the judge's brother, Lasha Silagadze, is associated with various companies of Bidzina Ivanishvili, three of which have the same legal address as the office of Cartu Bank (39a Chavchavadze St.); He also has connections with close members of Ivanishvili's entourage.[3]

The outcome of the Conference of Judges shows once again that the judiciary is controlled by a group of individuals - a clan, which seeks to carry out internal staff movements in a manner that avoids public attention as much as possible and appoint persons to administrative positions as a sign of loyalty to the clan.

It is worth mentioning the attitude of judges towards the issue of access to women's positions. As a result of the October 31 elections, two more male members of the Council were added. As a result, only one female member remained out of the 7 judges elected by the Conference of Judges. Unfortunately, the female Chief Justice of the Supreme Court and the majority of women judges were indifferent to this issue as well.

We remind the public that the existence of an independent judiciary is a necessary precondition for democracy. Lack of credible, modern, Western values ​​justice is the main cause of the political, social and economic crisis in the country. Without a fundamental reform of the judiciary, it will be impossible to restore public confidence , establish legal order in the country, public peace, and develop the country democratically. This was repeatedly stressed by our foreign partners.

The Group of Independent Lawyers calls on the public to be active in this area. In order to establish legal peace in the country, to avoid polarization and controversy, politicians from all parties, the Bar Association, the non-governmental sector, and academics should unite around the idea of ​​freeing the judiciary from the influence of an influential group. With their broad involvement, appropriate mechanisms should be developed and planned  and their implementation should be requested from the authorities.

The Group  of Independent Lawyers is a group of professionals from the justice system (lawyers, former judges, law experts), which aims to improve the Georgian judiciary through dialogue and advocacy.

The members of the group are:

[2] Conference of Judges of Georgia 2019 Resolution No. 7 of October 5, 2006 on the Election of a Judge Member of the Disciplinary Board of Judges of the Common Courts of Georgia  http://dcj.court.ge/uploads/dadgenilebebi/dadgenileba7goginashvili.pdf